Machine Learning and Search: Doing SEO When the Future Is Now

The era of machine learning has arrived now and we are getting smarter with each passing day.

Well, it is true that the impact of this smart technology is much more significant than you might be even aware of. Some of the best examples of the grand aura of machine learning in the world of the internet are the Netflix recommendations of movies, automatic recognition of a face by the search engine, voice commands by Siri or Google Assistant and what not!

Yes! all these high-end technological attributes are the gifts of nothing but the machine learning algorithm. One of the major reasons behind such an upgrade in the level of human living is the Google’s mission from the very beginning to ‘organize the world’s information and make it universally accessible and useful’.

Undoubtedly, it could be considered as one of the most tedious goals that Google has ever set for itself but it is evident that there will be 50 times more data available in the year 2020 when compared to 2010.

How are the things changing?

Google has gradually started understanding things in a much more deeper way than before. Along with that, SEO is also experiencing a radical and continuous change. Hence, the end users are getting the best results nowadays to satisfy their intent. Undoubtedly, content has become an integral and significant aspect of the greatest conversion in terms of native advertising.

If your content is not able to serve users with a remarkably positive experience then you will certainly have a really challenging time to rank your business in the top positions. As the machine continues to learn constantly and get even smarter, viable content tends to be very crucial for SERPs and reputation management of your business.

Machine Learning is nothing but a class of algorithms which can let computers understand how to handle various tasks without getting programmed about how to do them.

One of the biggest examples of the power of unsupervised machine learning to date is AlphaGo. It is a huge project which belongs to DeepMind. AlphaGo has been programmed in such a way that it is able to learn the classic ancient game Go.

It was certainly not a simple task to develop this. Go is made of 10171 positions. Isn’t it a massive number?

It was totally impossible to provide AlphaGo with all the explicit instruction for each of its possible move. So, while providing the desired instruction and training on Go strategy, the algorithm of the game learned to stimulate playing while the aura of the game was constantly improving.

What was the result?

In 2016, Alpha Go had beaten the topmost Go human player existing in the world.

How is machine learning going to change the face of SEO?

One of the biggest new responsibilities of SEO executives now is to make sure that they have content which is relevant and useful for all kinds of devices, formats, and platforms.

If it is done so then they could end up optimizing for RankBrain.

Now, the main objective of Google is to connect fabulous content to potential customers while keeping the customer journey in mind. Hence, to curate content around the intent is the perfect approach that marketers will be opting for. The role of SEO executives has changed. They aren’t search engine optimizers anymore and just knowing about effective SEO tools is not enough. Rather, they are referred as content experience analysts.

A strong and effective content strategy, social listening, and new content development are going to be the current SEO trends with the advent of machine learning.

How is RankBrain Applying Machine Learning?

A Google spokesperson revealed, “RankBrain is able to represent strings of text in a very high-dimensional space, and ‘see’ how they relate to one another.”

What’s the actual meaning of this?

First of all, each and every word of the target language is denoted to a unique vector number. Next, what RankBrain does is that it analyzes right use of the language and pinpoints how that word is used in the in various ways. It will further end up letting you understand the following concepts: 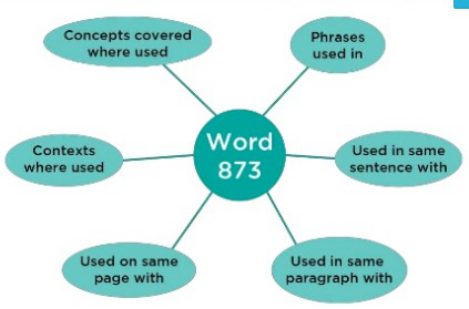 Now, let’s expand this scenario in such a way that Google has recognized is one that RankBrain considers. Just check out an example of a query in which a positively-ignored stop word is important to the intent of the searcher.

Can you get 100% score on Super Mario without a walkthrough?

If you consider prior to RankBrain then Google has discarded the word ‘without’ from the query. With that, the meaning was completely changed. Precisely, Google will return with pages which are having walkthroughs.

Whereas, what the users expected were such pages which revealed how to get a 100% score without a walkthrough. Finally, RankBrain is helping the regular Google algorithm deliver the right results. If you want comprehensive information on that then explore the study called RankBrain: A Study of its Impact.

The use of machine learning alg0rithms by Google is not limited up0 to RankBrain only. It is anticipated to have some bigger roles in the future. The genuine possibilities of that include everything starting from assessing content quality to measuring relative authority and analyzing social media signals.

Where do Google and SEO stand with machine learning now?

You might be pretty exciting to think that Google is using machine learning in every aspect but the scenario is pretty much not the same. There are several reasons behind that and a few of them are that they require the perfect training data, the difficulty of edge cases and length of testing.

However, you can totally expect that in spite of such hurdles, Google is still giving due importance to some of such specific areas which could get highly benefited from machine learning.

What are such expected areas?

It can be anywhere where a solution is beyond human-generated algorithms and for which they can construct a rigid data set.

How to get ready for machine learning in search?

When it comes to the significance of machine learning in terms of SEO, you must keep some important things in mind. They are:

So, this is how machine learning and Google together is going to change the entire scenario of search engine optimization in the future. It’s definitely the time to get ready for a sharper and smarter search in the coming years. Be constantly updated and let the magic wand of machine learning take your brand’s Google search rankings up to the next level.

Ananya is a senior content writer at Blurbpoint Media. She creates content that helps clients grow their businesses.

READY TO DISCUSS YOUR PROJECT?